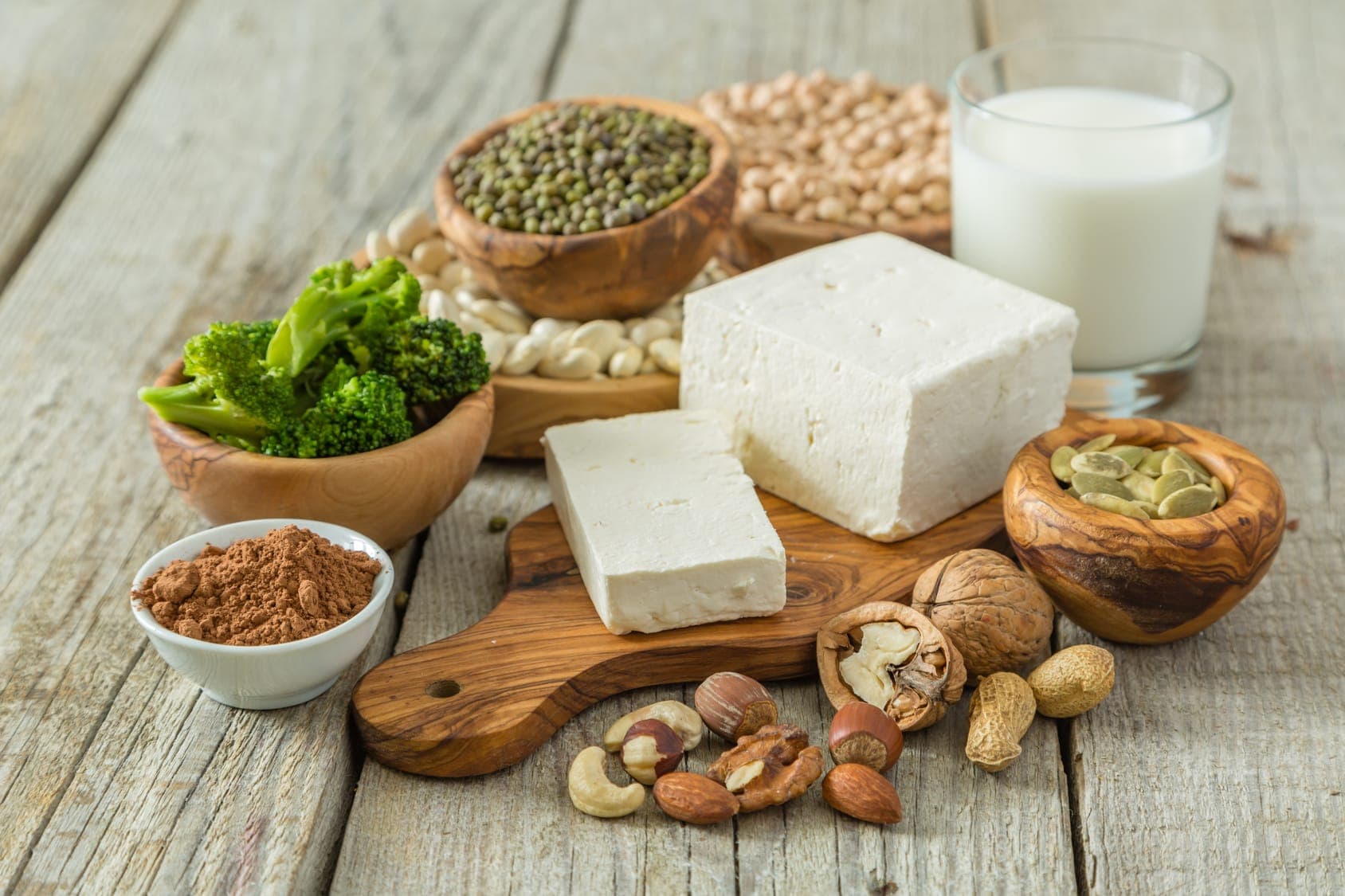 Curious about making the switch, or currently trying to maintain your diet, but not really sure what you need to have on hand?

Never fear! We’ve got 10 essential vegan products that should be lining your pantry shelves.

When you think “vegan products,” you probably think “healthy” on some level. Do refried beans equate to healthy? They’re probably not the first thing that springs to mind, let’s be completely honest.

However! Beans are traditionally very healthy and they make a great source of protein. When you’re living a vegan lifestyle, sometimes you have to plan out where you’ll receive some essential nutrients.

Refried beans are versatile, so they take some of the planning and guesswork out of that important job. They’re great in traditional Mexican dishes as well as on their own as a dip or a snack.

Also, they’re cheap, which can be a salvation when it comes to building your menu out of vegan products.

If you’re looking for a good, consistent filler for your meals that you can get in a can, refried beans will probably become your go-to. While making them from scratch is great (and preferable), stocking up on cans of this stuff means that that’s less time you’re spending making something from expensive ingredients.

When you start buying vegan products for your lifestyle, you’ll probably spend a little bit of time slaving over ingredient listings until you learn what’s good and what’s… not so good.

Crackers typically aren’t the healthiest thing you could eat, so they’re not diet-friendly if you’re on a cut. However, crackers are something you don’t have to sacrifice for your vegan lifestyle.

Depending on the brand you pick, your crackers could be just as nutrient-rich and beneficial for you as the rest of your diet.

Crackers are great because they’re versatile. The point of your snack with crackers isn’t about the cracker itself, it’s about the dip.

The cracker is really more of a vessel to transport that amazing dip’s deliciousness onto your taste buds, but that doesn’t mean it shouldn’t both taste good and be good for you. We’re in the 21st century; there’s no reason we can’t have it all, right?

If you pick the right brand, whole grain crackers can both elevate your dip by providing you nutrients you need. Until you figure out your favorite brand, you’ll probably have to do some ingredient deciphering to make sure you’re getting the most nutrient for your dollar, but it’s worth it.

I know what you’re thinking: tofu’s easy enough to season on its own. What’s the point in buying it pre-seasoned? There’s probably an upcharge on that that costs more than the taxes on my paycheck, I know, I know.

However, do you ever just… not feel like doing something yourself?

Tofu is amazing for its low calorie count and, again, it’s versatility. Being vegan is a little bit like being a wizard; with a few essential ingredients, you can transform and upgrade any dish you want.

Tofu is a great way to add some substance to your dishes. The seasoning comes in handy when you know that the tofu will need some flavor, or you’re short on time.

It’s also a great option when, again, you know the tofu needs some kind of flavor, but you’re not really sure what flavor will most enhance the dish. This can be a problem for inexperienced cooks (and cooking with vegan products is sometimes a whole different game) who may be wary of adding the “wrong” seasoning or too much.

Yes, it’s true: vegans don’t drink milk. It kind of goes against our principles, and that kind of thing.

Go ahead, get your gasps of horror, pearl-clutching, and side-eyes out of your system. I know. It’s crazy, right?

The thing is, there’s an increasing amount of evidence that too much milk doesn’t have a great effect on our bodies. Using milk as our main - and sometimes only - source of calcium can lead to problems such as the onset of early puberty.

It’s definitely possible to make your own almond (or nut of choice - I’m sorry there’s not a better way to phrase that) milk for the more creative and active of us, but for the most part, store-bought cartons do the job just fine.

Nut milk also gives you similar calcium benefits without giving you the malaise and other downsides to drinking cow’s milk.

Yeah, that whole thing about milk not being vegan? That extends to all dairy, in case you didn’t know. This means that classic things like cheese and, yes, yogurt aren’t vegan.

While it’s better and more active to make yogurt at home, this is another vegan product which can be store-bought with absolutely no detriment to a number of nutrients you’re getting.

It also has the benefit of tasting better. Usually. Remember that comparison of vegans to wizards? That doesn’t mean that we hit it out of the park all the time.

A great way to spruce up your vegan yogurt is to combine it with granola - which can easily be made at home! You also can’t go wrong with topping it with fresh fruits and some sweet spices.

Oh, veggie burgers. In some cases, even I’ll admit, you deserve the scorn you’re usually met with.

People are skeptical. Can you blame them? They don’t believe that vegetables can provide the same satisfaction that thick and juicy meat burgers.

However, this is generally an intensely negative and over-the-top reaction. Veggie burgers are - get this - actually pretty good.

The easiest option is to buy them. They’ll be pre-seasoned and pre-shaped into the patties that are most convenient to slip onto your burger.

However, for the more creative of us, making your own veggie burgers is an option! It can take some finagling to get the recipe just to your tastes, but it’s also a great skill to bust out for barbecues.

One more super-shocking revelation about the vegan lifestyle: you can’t eat cheese.

To the person who fainted just now, I apologize. However, it’s pretty obvious. Cheese is a dairy. When you give that up, you give up cheese with it.

Cheese is a big deal-breaker to non-vegans, but you can still get the same effect in vegan products. Enter cashew cheese!

As usual, you can buy cashew cheese at your local vegan market. Still, don’t rule out making your own cashew cheese. It’s super easy and it’s a great, impressive skill to have on you!

This one seems so obvious that it doesn’t even bear mentioning. Still, don’t underestimate the perfect and pure powers of rice.

You can add it to anything. Literally anything. Add it to burritos as a filler, add it to soups to make it heartier, use it while cooking foreign dishes (where it will probably be essential).

Think you need to stick to regular, boring, unseasoned white rice? Oh, you sweet child, let me show you the ways.

Depending on how you season the rice, it can add a nice zing of spice. Use a different blend and the rice can be earthy, providing a grounding element to your dish.

If you play around with mixing coconut into the mix, you can even have a refreshing sweet rice to pair with fruit!

This sounds like an oxymoron. A big oxymoron. What do you think of when you think of vegan chicken? Rubbery, flavorless, probably tofu in disguise right?

I’ve got news for you: as alternatives to traditional animal meat, vegan products have evolved exponentially in the last few years.

The current vegan chicken on the market is authentic to texture and flavor, meaning you have another great option for spicing up your dishes!

Let’s be honest: it’s not taco night without meat. Sure, you can fill those tortillas with refried beans and hope for the best, but something about that meat and taco seasoning really brings the whole thing together.

Just because you’re vegan doesn’t mean you have to sacrifice. Remember, vegan products are an alternative, not a punishment.

Vegan meat bits are plant-based, and they’re pre-flavored! This is a great option to throw into tacos, or chili, or nachos - whatever your heart desires.

Just because you’ve taken the leap to a healthier vegan lifestyle doesn’t mean that you have to feel limited in your options.

Many people are dissuaded by a vegan lifestyle because they feel locked out. There’s nothing that they actually want to eat, and if there is, it’s probably too expensive.

However, don’t let that stop you! Vegan products aren’t that different from “traditional” products, and the great thing about a vegan lifestyle is that it allows you to use your creativity in the kitchen!

Any essential vegan products we missed? Feel free to let us know! 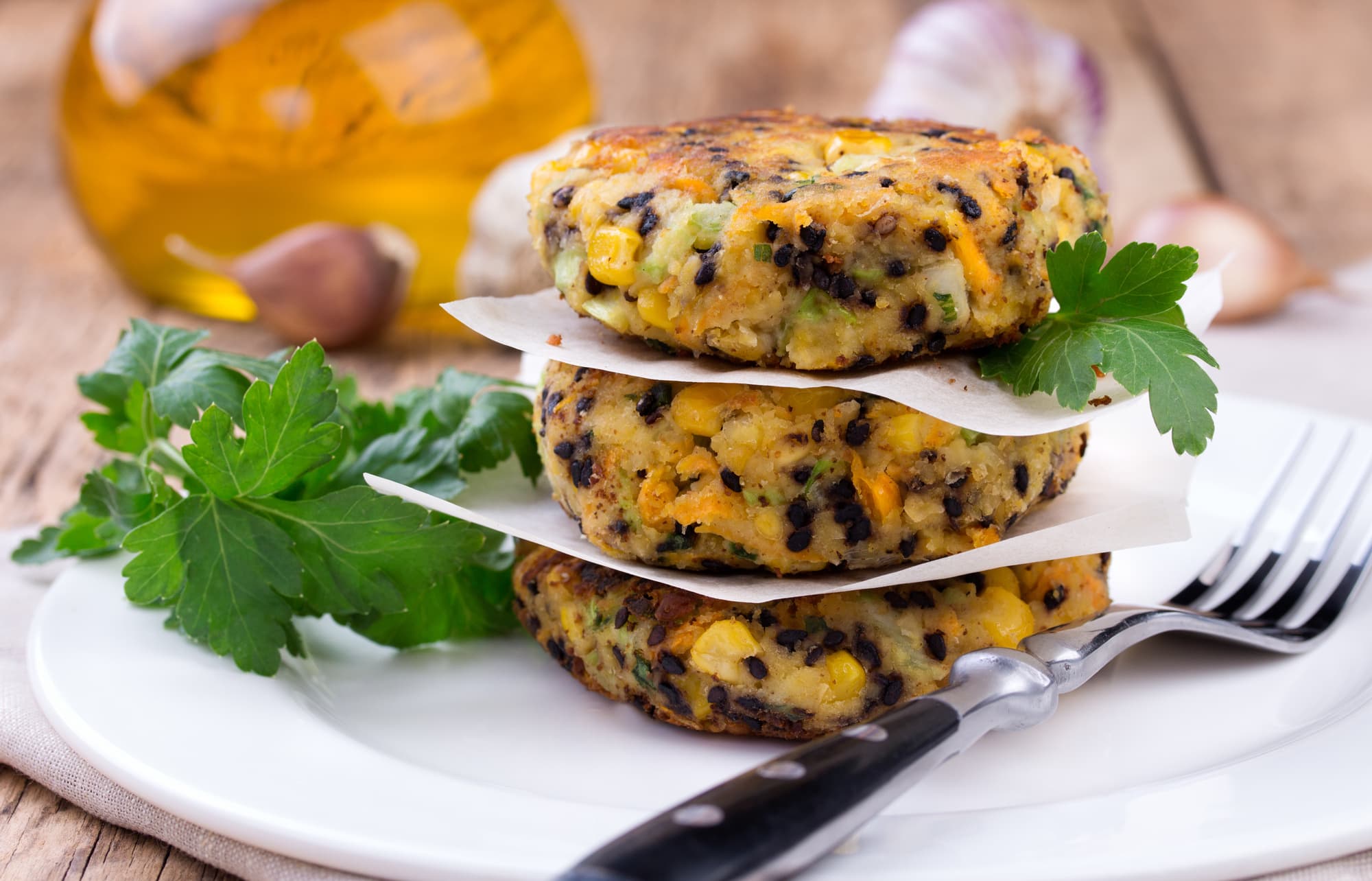 A Handy Guide on Making the Best Vegan Burger Patties

Whether you’re new to plant-based eating or have been doing it for years, there’s a good chance that vegan burger patties are a staple in your diet.